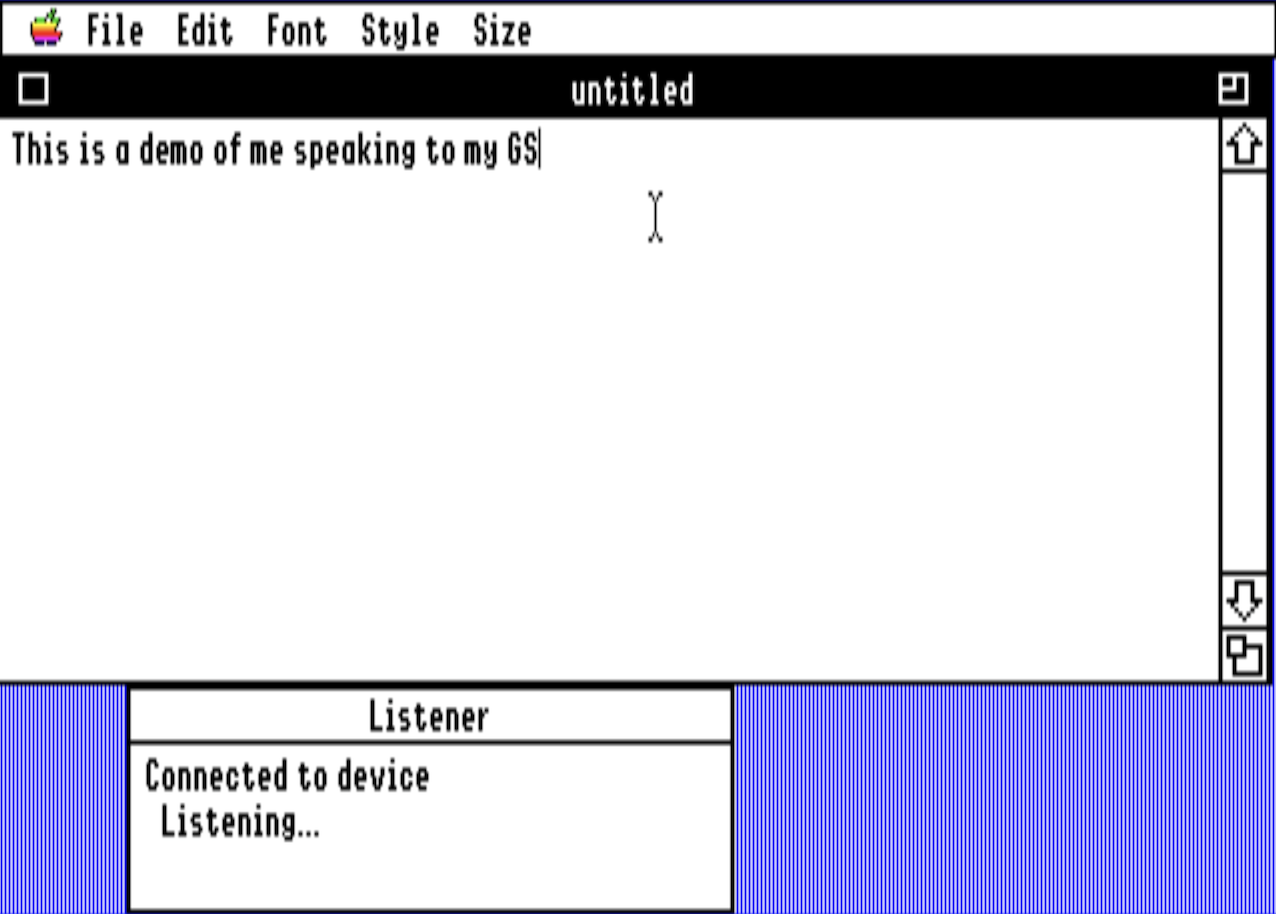 ListenerGS allows you to do speech to text on your Apple IIGS by relying on an iPhone, iPad or Mac and a network connection between your GS and the modern device. This means you require:

But if you are using a macOS device, you can also download a zip archive of the Mac version if you prefer to get the app outside of the AppStore.

Once you have the software installed and configured on your Apple IIGS, you should launch an desktop application that accepts text.  The Teach application is an example of an application that would work.  Make sure there is a window open which you can type into and then open the Listener NDA from under the Apple menu.  The Listener NDA window will say it is waiting for a connection.

In the iOS/macOS app, tap the “+” button (if you are on an iPad in portrait orientation, you may need to tap a “< GS Destinations” button to reveal the side bar and the “+” button) and enter the IP address or hostname of your Apple IIGS.  You can enter multiple IP addresses and hostnames if you have multiple machines.  Your destinations are synced through iCloud so if you have multiple modern devices, you should find the IP addresses are mirrored to those other devices.

Tap “Stop Listening” when you want to stop entering text through speech and “Disconnect” when you are done using the app.

This app was originally built as a HackFest entry during KansasFest 2021. Here is a demo I produced of it for the contest:

And I also put together this video showing me using Listener to play Zork:

And in order to get approval for beta testing on iOS from Apple, I also put together this demo video:

Listener should work with any desktop application that supports NDAs and accepts text input.  I have tested the following applications and they seem to work well: